Last year, I came back from Austin thinking people got it right when they called South by Southwest’s Interactive festival (SXSWi) “Geek Spring Break.” This year I felt like maybe “Disney World for Geeks” was a better fit. All the well-known characters from the Tech world were there. Souvenirs and tchotchkes were out of control, and around every street corner: something completely mind-blowingly cool and innovative.

Last year, I blogged my favorite SXSW finds from Frog Design’s Showcase to The Ice Cream Man (who made a reappearance this year) to Chevy as king of the geeks. This year, I’m not sure who I’d crown king (though Chevy was a front runner again), but here are easily the 9 coolest things I saw at SXSWi 2012: 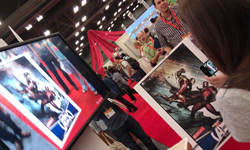 1. HP/Aurasma’s Augmented Reality Technology. Easily the one I’ve talked most about. I even snagged a video of the Augmented Reality demo. This is augmented reality to a new level. Based on the entire grid of a picture (and not a QR code or other visual signifier), the animations from this tech can actually leave their original “box” entirely. IronMan flies off his movie poster and steps in front of you to talk to you about the movie premier. And of course, all interactions end with a link to a (mobile!) website for more information. *Golf clap well deserved.* 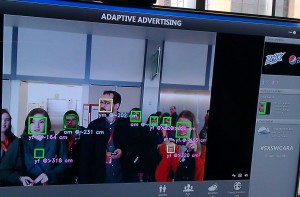 PepsiCo’s Adaptive Advertising Technology. As an Ad geek, this one really sang to me, too. Walk by the large screen and the adaptive ad tech knows how old you are, male or female and if you’re actually looking at the screen. It serves up ads based on who the attentive audience is. Hopefully this means a future of more relevant ads as we walk down city streets!

3. AT&T Charging Lockers. Sure it’s a simple concept, but this solves one of the big worries of SXSW. You’re always looking to charge up, but the nearest outlet may not be near your chair or near the activities you want to participate in. With the clever locked up outlets, each phone can be safe and charging for as long as you can stand being away from it!

4. AirBnB’s Surprise Airport Super Service. AirBnB – a sort of Craig’s List for renting apartments in other cities – treated their renters to swanky limo pick up from Austin Airport. They didn’t promote it much before the event, but it was hard to miss the drivers in their uber-colorful garb upon arrival, holding signage. Hop in the limo and drift into downtown Austin while answering trivia questions and riffling through complimentary gift baskets, just like at the fancy hotels. 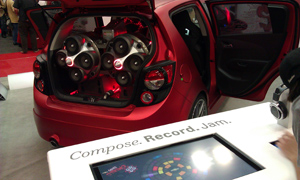 5. Chevy. Chevy, once again, nailed it. Not only did they offer a charge up lounge with outlets galore, fully branded in Volt imagery, they did it all without the expected salesman pressure. They also offered test drives of a very sexy new Camaro and opened a live DJ table on the trade show floor with speakers thumping from a hatchback. And my favorite – “Catch a Chevy” when the cabs in Austin are all taken. Toss your hand out and catch a free ride from a hand-picked Chevy driver. You may have to talk cars while you’re in, but a free ride in Austin is like gold.

6. Bing RFID-tastic Party. Bing’s Party Lot just off the main downtown traffic was a blast for plenty of reasons: free food truck grub, free refreshments, lots of fun partner and charity activities, boomin’ music. But the new shiny thing there was using RFID (digital "swipe" technology) for EVERYTHING. If you RSVP’d, you pick up your RFID bracelet and tap it against a big white box to check-in. You tie the bracelet to your Facebook page and voila: your every step is posted like a rolling reality show. It bordered on obnoxious. I finally dis-allowed the app after the party pics photographers tried to tag me in what I affectionately call my “wet rat” look. (It POURED down rain in Austin the first 3 days of the show.)

7. Google Village! This was my Disney Land. Watch Jess turn into a 5 year old child, begging to play all the games. From the Maps House where you can update your own street corner back home to the Google Playhouse where you can “Android-ify” yourself (and print stickers to take home), this was an outrageous presence by Google. They actually bought out 4 houses (entire houses, people) on a block and themed out the insides for the week. All the latest tech was out in gorgeous display, my favorite being their new mecca for all things media: Google Play. 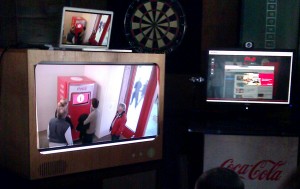 8. Send a Coke. Inside one of the houses in Google Village was a nice gal in a Coca Cola t-shirt with an unassuming laptop/webcam and a fairly large screen television. On the TV: a Coke machine… in New York City. I didn’t get it. Then I saw a SXSW’r step up and record a 20 second video message with the webcam. Someone walked by the Coke machine in NYC and touched the “Play” button. The share-a-smile type video plays for 20 seconds and ta da! Out pops a free Coke for the NYC’r! They record a message back, effectively giving Coca Cola TONS of content for crowd sourced ads, but also bringing life to the old Coke adage “Have a Coke and a Smile.” This was a good one for warm fuzzies.

9. What Women Want Panel + The Ice Cream Man. This one eked out a mention only because they bribed me with ice cream… and it actually tied into their panel. The flier screams What Women Want! Turns out, according to sifting through all the data of Twitter, the thing women say “I want…” most about? Ice cream. Clever, right? What do men “want” most? Cars. Yeah, shocker.

So all this tech and innovation… is SXSW a “must attend” or has it jumped the shark? There’s a lot of marketing there and a huge increase in attendance but no shark jumping just yet. It’s still definitely the place to be for anyone who loves the world of technology. It’s where the biggest names and the newest startups all go to launch and/or show off. And since the ticket is only $750 (at most) and just about all of your food and beverage for the week comes from the rockin’ sponsors, it’s one of the most “cost effective” conferences you’ll go to all year.

The best experiences at SXSW are free. You just have to get down there to see it. 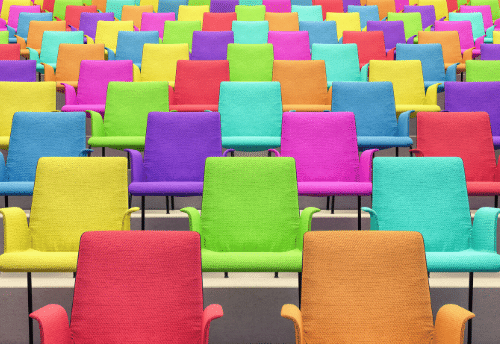 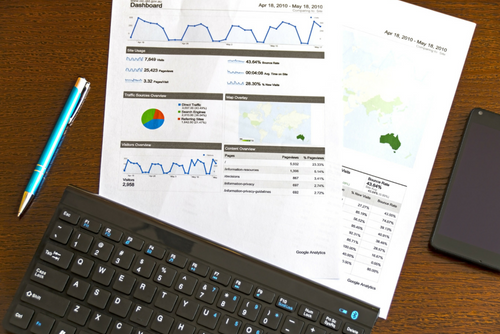 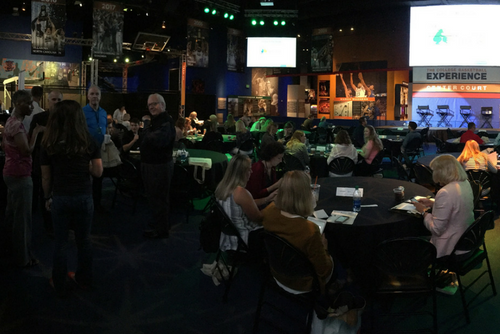