For those who do marketing for a bank or financial institution, you know how crucial social media strategy is when it comes to creating a personal banking experience and being accessible to customers. You also may know that bank marketing is different than, say Oreo or Boulevard Beer. You need to find a way to make your Facebook campaign particularly likeable. Here’s how one of our clients did it.

CommunityAmerica Credit Union was looking for help converting more of its email subscriber base to fans on social media. With the ultimate goal of driving Facebook page Likes, CACU offered its members a chance to win one of three pairs of Sporting KC MLS Cup tickets. This campaign was very successful in driving Facebook likes for the credit union because it mastered three important tactics:

The graphics and messaging used throughout the contest highlighted the credit union’s core brand and helped illustrate CommunityAmerica’s commitment to giving back to its members. CACU’s marketing tagline, “Profit to the People,” highlights the Profit Payout to its members at the end of the year. In this campaign, they’ve creatively shown that they offer more than just monetary benefits to CACU fans. 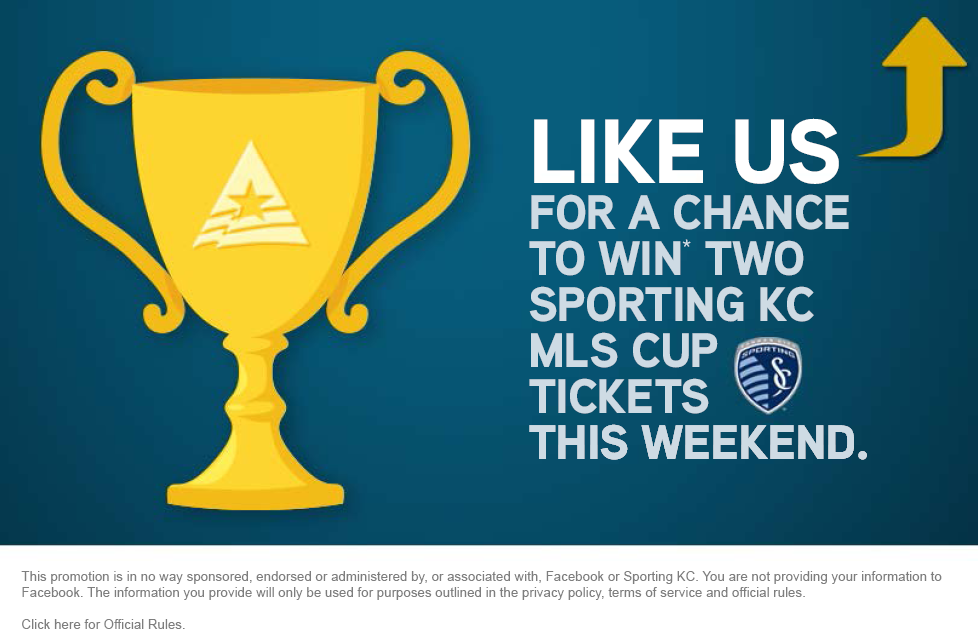 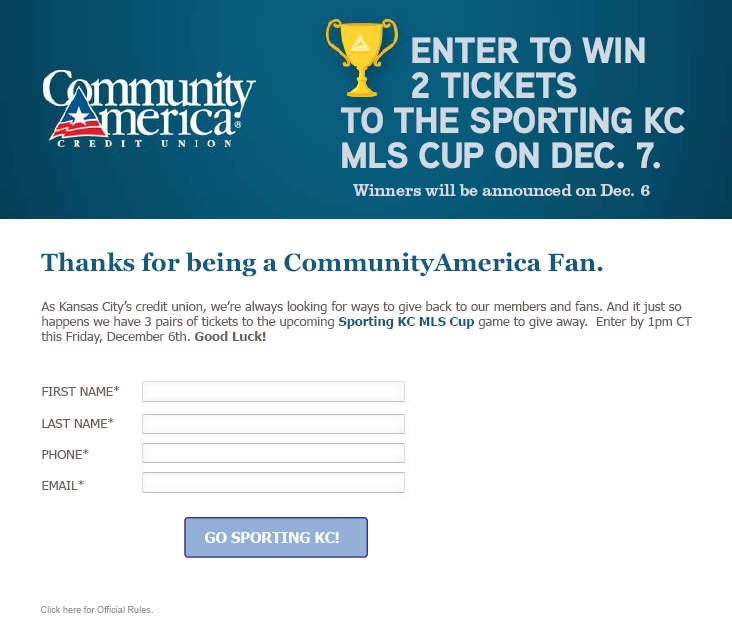 In addition to great creative, the credit union had a highly compelling offer. Everyone likes free stuff, but tickets to a sold out MLS Cup game? That makes it very clear WIIFM ("What’s In It For Me?"). Finding a likeable incentive is more than half the battle and could make or break campaign results.

But a clever prize isn’t anything unless people know about it. The other key to CommunityAmerica’s well-executed Facebook Like campaign was cross-platform promotion. When looking for ways to grow a community on Facebook, they started with their existing banking customer base, which they knew would be more likely to convert and engage. CACU reached out to their Twitter and email audiences to brag about the chance to win tickets. Of those that opened the email, featured below, 22% clicked through to CACU’s Facebook page. 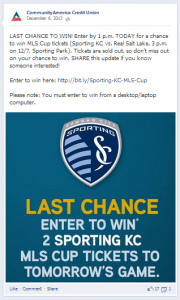 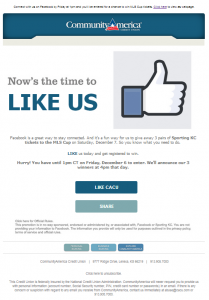 CommunityAmerica’s efforts coupling on-brand email/social messages with a great giveaway led to an increase in Facebook page Likes of 1,495 in just two days —a 25% increase! Prior to the campaign, CACU’s Facebook page gained an average of 2-3 Likes per day. During the campaign, they gained 748 per day on average, a year-over-year growth rate 65x greater than December 2012!

Be sure to review all of Facebook’s Promotion Guidelines when creating your promotion. Facebook is pretty picky about what they’ll allow you to use to entice engagement and participation. 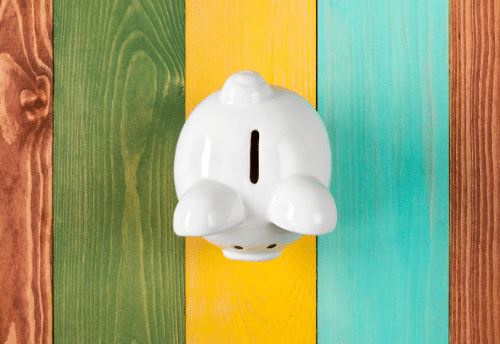 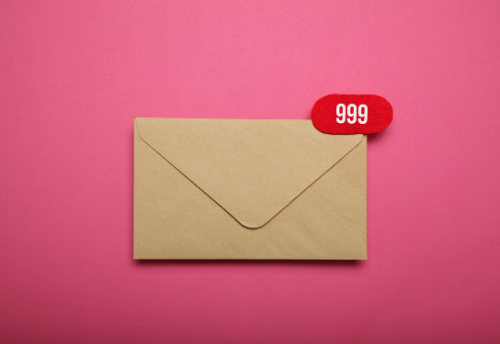 A Guide to HIPAA for Email Marketers