Real-time marketing has always been at the root of social media. The interest consumers have in interacting with brands on social media largely stems from the anticipation of a real-time reaction from the brand. It’s why Twitter, built for in-the-moment conversation, has become such a natural tool for customer service. However, the playing field shifted, tilted and completely fell on its head with the epic Oreo Superbowl tweet. Suddenly, brand marketers were up to a new challenge – to not only be present for their audience, but react swiftly (and cleverly) to events in-the-moment.

Reacting purely in real-time is not always realistic

As marketers, we know that every effort must have a purpose, an intention… or else what’s the point? If we aren’t tracking and measuring our efforts and trying to always mine more value, we may as well stop our pointless posting. There’s a bit caveat, though: you don’t want to come off as an over-planned poser or like you’re trying too hard to make your message fit the moment. You still want your real-time marketing to have a genuine freshness about it. So, how can you be genuine and still be effective ? 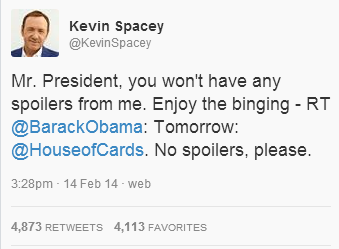 Look ahead to events that would be important to your audience and think of potential content to deploy during these events. I say potential because something could happen real-time that makes your pre-planned content irrelevant. But thinking of potential scenarios that you can create content around will get you and your juices flowing. Strategize potential content based on what is predicted to happen during the event / holiday and then deploy with real-time details. And practice! Place yourself in a creative mindset where you constantly brainstorm fun, potential opportunities that apply to your brand. For this House of Cards example, the HOC social team didn’t know that President Obama would text about the House Of Cards Season 2 premiere. But how cool was it that Kevin Spacey spotted the President and then retweeted and replied? It was a classic moment for fans.

Have a fluid team

Being able and ready to nail the art of a well-executed real-time campaign largely hinges on your team. The Oreo social team shared at South by Southwest Interactive in 2013 that they spent nearly 100 days before the Superbowl blackout tweet practicing real-time engagement. Make sure you have a fluid team and content approval process in place for all content, but especially during events that matter to your audience. Ideas and execution have to be able to be move quickly between creatives, social managers and any approvers. This may even mean physically assembling your team for a “social media command center” during the event or campaign.

The winning combination is when you can combine all these real-time elements with a user-generated twist and create a truly interactive, engaging brand experience. Houlihan’s pulled it all together for their HouMisfortune campaign. June 13th was a full moon and fell on a Friday the 13th, so there was a fair amount of social conversation around it being a superstitiously unlucky day. Houlihan’s took advantage by sending out an email campaign encouraging fans and followers to tweet their #HouMisfortunes. Then, Houlihan’s responded in near real-time to a select number of tweets with Vine videos that animated the tweets. Here is the Vine they made of my tweet. 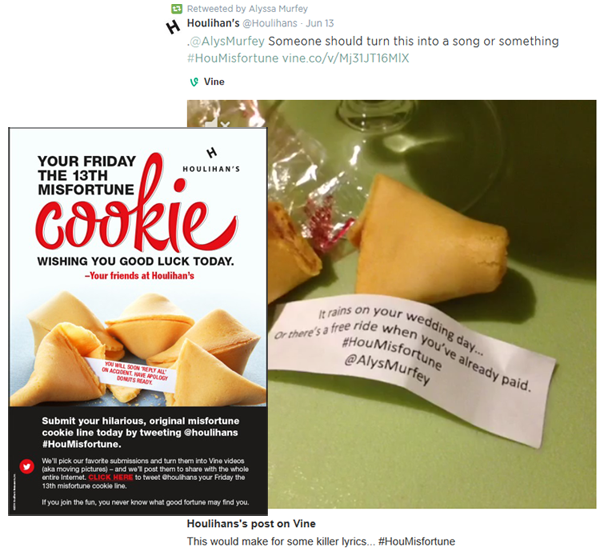 As counterintuitive as it may sound, some planning is necessary to make real-time marketing a success. Even improv actors practice their craft. With the right combination of strategy, genuine human reaction and fun, your brand can make real-time a reality. 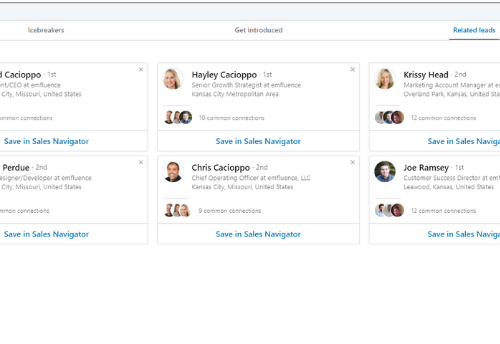 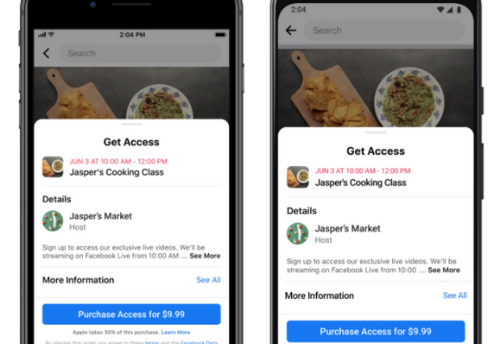 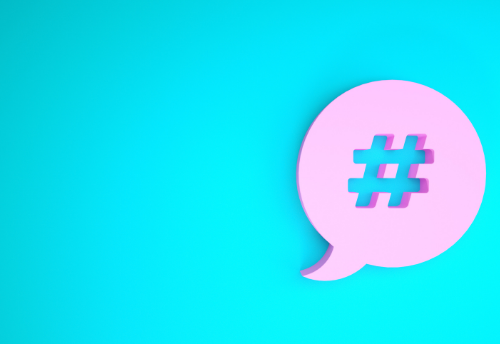